Research In Motion Considering Splitting Its Business In Two

RIM, which last month said it had hired JP Morgan and RBC Capital to look at its strategic options, could break off its handset division into a separate listed company or sell it, the British newspaper reported without citing sources.

Potential buyers would include Amazon and Facebook, it reported, adding that RIM’s messaging network could also be sold, or opened up to rivals such as Apple and Google to generate income.

An alternative option would be to keep the company together but sell a stake to a larger technology firm such as Microsoft, the newspaper said.

ROCHESTER, N.Y.–(BUSINESS WIRE)–Eastman Kodak Company today announced that it has received notice of the Administrative Law Judge’s (ALJ) initial determination in the U.S. International Trade Commission (ITC) action brought by Kodak against Apple Inc. and Research In Motion Limited (RIM). The ALJ concluded that the Apple iPhone 3G and the accused RIM BlackBerry devices infringe Kodak’s patent, although his recommendation is that the patent claim is invalid.

The patent at issue (US Patent No. 6,292,218) relates to a technology invented by Kodak for previewing images on a digital camera-enabled device that is fundamental to how those devices take pictures. In the face of two separate challenges, the U.S. Patent and Trademark Office analyzed this particular Kodak patent and confirmed its validity in December 2010. The final decision of the ITC, based on the deliberation of the full Commission, is expected by September 21, 2012.

“We are pleased the ALJ has concluded that Kodak’s patent is infringed by Apple and RIM. We expect to appeal to the full Commission his recommendation on validity. The ALJ’s recommendation represents a preliminary step in a process that we are confident will conclude in Kodak’s favor,” said Timothy Lynch, Kodak Vice President and Chief Intellectual Property Officer. “In a previous ITC investigation, a different ALJ found this same Kodak patent to be valid and infringed by Samsung, whose products are similar to those offered by Apple and RIM. Kodak has invested billions of dollars to develop its pioneering digital imaging technology, and we intend to protect these valuable assets.”

The ’218 patent at issue in this case is one of 1,100 digital imaging patents in Kodak’s industry-leading patent portfolio. Kodak licenses its technology to numerous leading technology companies, including LG, Motorola, Nokia, and Samsung.

“Our engineering teams work extremely hard to be efficient with data and differently than some others. And we believe as a result of this iPhone has far better data efficiently compared to other smartphone that are using sort of an app rich ecosystem. Finally, and this is most important, iPhone is the best smartphone on the planet to entice a customer who is currently using a traditional mobile phone to upgrade to a smartphone. This is by far the largest opportunity for Apple, for our carrier partners and its a great fantastic experience for customers. So its a win win win there” 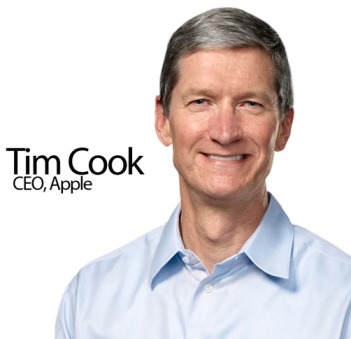